Since 1992, Empty Gate Zen Center has been led by Guiding Teacher Jeff Kitzes (Zen Master Bon Soeng). Jeff began practicing Zen in 1975, and began practicing with Zen Master Seung Sahn in 1979. In December of 1992, Jeff received inka, authorization to teach kong-ans (koans). In 2001, he received Dharma transmission from Zen Master Seung Sahn and was given the name Bon Soeng which means “Original Nature.” Jeff is also a licensed psychotherapist in private practice, specializing in the integration of Zen Buddhism and Western Psychotherapy. www.emptygatezen.com

Rick Spencer first became interested in Zen in the 1960's. But it wasn't until almost 20 years later that he discovered that zen practice was very much alive. For several years he practiced with a teacher in the Japanese Rinzai tradition as part of a group of Canadian zen students. Later on he met Zoketsu Norman Fischer, then abbot of the San Francisco Zen Center and came to be one of Norman's students. Norman gave him the Dharma name “Burai Anka” which means “Dancing Thunderbolt, Peaceful Transformation” in a Zeikei Tokudo or lay ordination ceremony in the year 2000. Then in 2004 he was ordained as a zen priest by Norman in a Shukke Tokudo ceremony. Rick first came to Mexico in 2000 for a week long zen retreat with Norman at Mar de Jade, a retreat centre in Chacala, Nayarit a short distance north of Puerto Vallarta. He was impressed with the wholeheartedness of the Mexican zen practitioners that he met there, some of whom had been practicing for decades and others who just showed up for their first zen retreat with no idea of what that might be. Over the next few years, Rick spent more and more time in Mexico, and with each visit felt more and more at home. He took early retirement from his job with Environment Canada in 2004 and lived in Puerto Vallarta until 2019 supporting a meditation group there as resident priest. Presently, he lives in Mexico City and guides retreats and practices with meditation groups in other parts of Mexico. Rick is interested in de-mystifying zen practice. This is to say that he would like to share his conviction that wisdom and compassion are not ideals that only exist in some distant and idealized past or in some equally distant and magical future. He feels that Zen teachings are not so much to be understood as they are to be lived, and that this can only happen in the present moment. Rick received Dharma transmission from Norman in July 2011. www.pvzen.org

Rabbi Jeff Roth is co-founder of Elat Chayyim where he served as Executive Director and Spiritual Director for 13 years. He is an experienced meditation teacher and facilitator of retreats worldwide. He presides over The Awakened Heart Project for Contemplative Judaism (www.awakenedheartproject.org).

Rabbi Joanna Katz, co-founder of Elat Chayyim, has been a hospital, college and prison chaplain. She facilitates a weekly meditation group and trained in the Dedicated Practitioners Program of Spirit Rock Meditation Center in California. Together with Jeff, she co-leads meditation retreats worldwide.

Zoketsu Norman Fischer is a poet and Zen Buddhist priest. For many years he has taught at the San Francisco Zen Center, the oldest and largest of the new Buddhist organizations in the West, where he served as co-abbot from 1995-2000. He is presently a Senior Dharma Teacher there as well as the founder and spiritual director of the Everyday Zen Foundation (www.everydayzen.org), an organization dedicated to adapting Zen Buddhist teachings to Western culture. The Everyday Zen Foundation’s mission is to share the Zen attitude, spirit, and practice with the world. It is dedicated to listening to the world, to changing it and being changed by it. Here at Montaña Despierta, Norman is one of our most important mentors-teachers and source of inspiration. Many of us have practiced with him throughout the years at Mar de Jade, a retreat center located in Chacala, Nayarit, México (www.mardejade.com). We have dedicated ourselves to the translation of many of his teachings into Spanish and to strengthening the bonds between the sister sanghas of Chacala and Xalapa, which include people from all over Mexico, Canada, United States and other countries.

Martine Batchelor was born in France in 1953. She was ordained as a Buddhist nun in Korea in 1975. She studied Zen Buddhism under the guidance of the late Master Kusan at Songgwang Sa monastery until 1984. From 1981 she served as Kusan Sunim's interpreter and accompanied him on lecture tours throughout the United States and Europe. She translated his book 'The Way of Korean Zen'. Following Master Kusan's death she returned her nun's vows and left Korea. She returned to Europe with her husband, Stephen, in 1985. She was a member of the Sharpham North Community in Devon, England for six years. She worked as a lecturer and spiritual counsellor both at Gaia House and elsewhere in Britain. She was also involved in interfaith dialogue and was a Trustee of the International Sacred Literature Trust until 2000. In 1992 she published, as co-editor, 'Buddhism and Ecology'. In 1996 she published, as editor, 'Walking on Lotus Flowers' which in 2001 was reissued under the title 'Women on the Buddhist Path'. She is the author of 'Principles of Zen', 'Meditation for Life', 'The Path of Compassion', 'Women in Korean Zen' and 'Let Go: A Buddhist Guide to Breaking Free of Habits'. Her latest book is 'The Spirit of the Buddha'. With her husband she co-leads meditation retreats worldwide. They now live in France. She is interested in meditation in daily life, Buddhism and social action, religion and women's issues, Zen and its history, factual and legendary. www.martinebatchelor.org

Stephen Batchelor is a contemporary Buddhist teacher and writer, best known for his secular or agnostic approach to Buddhism. Stephen considers Buddhism to be a constantly evolving culture of awakening rather than a religious system based on immutable dogmas and beliefs. In particular, he regards the doctrines of karma and rebirth to be features of ancient Indian civilization and not intrinsic to what the Buddha taught. Buddhism has survived for the past 2,500 years because of its capacity to reinvent itself in accord with the needs of the different Asian societies with which it has creatively interacted throughout its history. As Buddhism encounters modernity, it enters a vital new phase of its development. Through his writings, translations and teaching, Stephen engages in a critical exploration of Buddhism's role in the modern world, which has earned him both condemnation as a heretic and praise as a reformer. Stephen was born in Dundee, Scotland, in 1953 and grew up in Watford, northwest of London. After completing his education, he travelled overland to India in 1972, at the age of eighteen. He settled in Dharamsala, the capital-in-exile of the Dalai Lama, and studied at the Library of Tibetan Works and Archives with Ven. Geshe Ngawang Dhargyey. He was ordained as a novice Buddhist monk in 1974. He left India in 1975 in order to study Buddhist philosophy and doctrine under the guidance of Ven. Geshe Rabten, first at the Tibetan Monastic Institute in Rikon, Switzerland, then in Le Mont Pelerin, Switzerland, where Geshe Rabten founded Tharpa Choeling (now Rabten Choeling). The following year he received full ordination as a Buddhist monk. In 1979 he moved to Germany as a translator for Ven. Geshe Thubten Ngawang at the Tibetisches Institut, Hamburg. In April 1981 he travelled to Songgwangsa Monastery in South Korea to train in Zen Buddhism under the guidance of Ven. Kusan Sunim. He disrobed in 1985 and married Martine Fages before returning to England and joining the Sharpham North Community in Totnes, Devon. During the fifteen years he lived at Sharpham, he became co-ordinator of the Sharpham Trust (1992) and co-founder of the Sharpham College for Buddhist Studies and Contemporary Enquiry (1996). From 1990 he has been a Guiding Teacher at Gaia House meditation centre in Devon and since 1992 a contributing editor of Tricycle: The Buddhist Review. In August 2000 he and Martine moved to a small village near Bordeaux in the south of France. While at home he pursues his work as a scholar, writer and artist. For several months each year, he travels worldwide to lead meditation retreats and teach Buddhism. He is the translator and author of various books and articles on Buddhism including the bestselling ‘Buddhism Without Beliefs’. His most recent publications are ‘Living with the Devil: A Meditation on Good and Evil’ and ‘Confession of a Buddhist Atheist’. www.stephenbatchelor.org 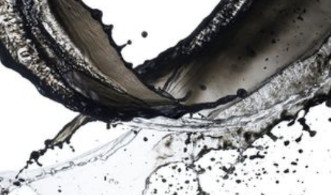 We are a group of spiritual friends embarked on a search of what it means to be human. Our path includes meeting every week to sit in meditation following mainly the tradition of Zen Buddhism. Our practice flows from the understanding that all beings are Buddha and that sitting in meditation is itself the realization of awakening. The impetus of our practice is summed up in the motto: "Realize yourself, help others." 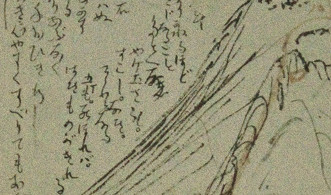 Montaña Despierta has been dedicated to the translation of a considerable amount of teachings into Spanish and to creating an audio library with the Dharma talks that are given in the retreats. This constitutes a great collection and a unique contribution to the world of Spanish-speaking Buddhism. We invite you to consult it at: 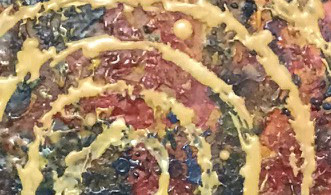 We follow a simple and basic form inspired by the Soto Zen tradition, established by Eihei Dogen in Japan in the thirteenth century and transmitted to us in the West by Shunryu Suzuki Roshi. We have a Zen meditation group that meets twice weekly and we organize three to four intensive meditation retreats a year with our guest teachers. 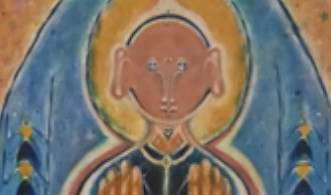 The source of our astonishment is the mystery and diversity of the human experience. In Montaña Despierta we welcome all people regardless of their racial origin, nationality, social class, gender, sexual orientation, religious belief, age and physical ability. Our desire is for all beings to realize their true nature. 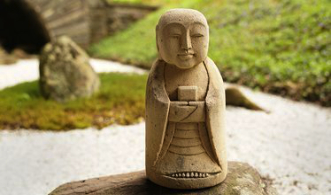 The teachers we invite to Montaña Despierta, each with his or her own particular background and trajectory, follow a style of transmission that can be best described as “warm hand to warm hand and warm heart to warm heart”; that is, a style characterized by a spirit of cordiality, wisdom, inclusion and compassion. . 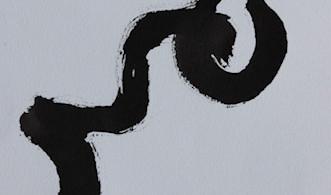 At Montaña Despierta no one is excluded for economic reasons. We are a non-profit organization dedicated to the flourishing of all. You can support our work by making a voluntary donation to our account. 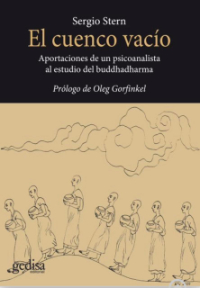 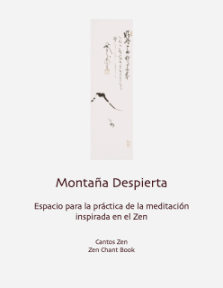 For people who live close to Xalapa and want to receive all the messages concerning our day to day functioning:

For people who do not live close to Xalapa and only want to receive messages describing our retreats: 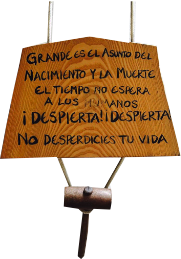